The phenomenon of the Virgin Mary in the city of Kazan. 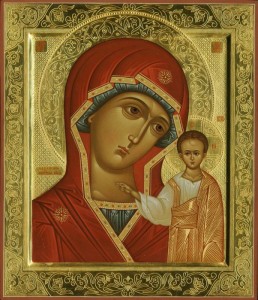 Finding the icon happened after the fire , which occurred in Kazan in 1579 and destroyed part of the city . Then, a nine year old girl named Matrona had a visit from the Virgin Mary , whom asked her to dig up an icon from the ashes . At first, no one believed Matrona , but when the Virgin Mary came to her for the second time , the girl went to look for her , and indeed found it at the specified location , at a depth of one meter. Day of appearance of the icon is considered on July 21st .
Now this day is recognized as an orthodox holiday by the Russian Church . And in place of the appearance of the icon , a convent for women was built. The first person to become a nun was Matrona herself , who then took the name Mavra. 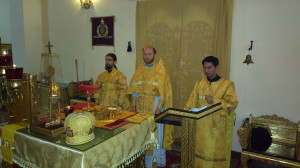 Our church served the Divine Liturgy and prayer before the icon of the Virgin Mary.